Silver Meadows [Fables from the Institution] 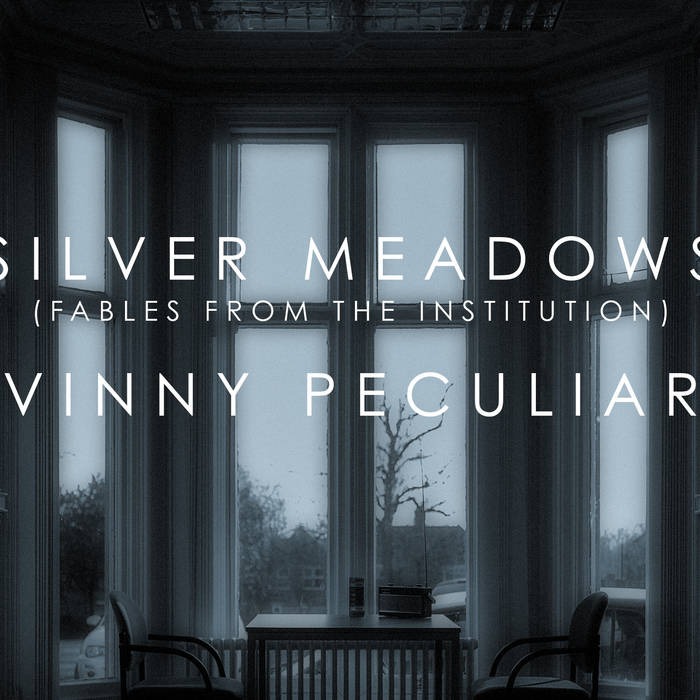 UK based singer-songwriter and poet Vinny Peculiar [aka Alan Wilkes] who has been variously described as “an under-sung national treasure” (UNCUT Magazine) and “the missing link between Ray Davis and Roger McGough” (Irish Times) is set to release, on S&D Records, his thirteenth studio ‘concept album’ inspired by working in (he’s a former nurse) and visiting (his schizophrenic brother) long-stay mental health & learning disability hospitals during the 1980s and early 90s.

Set in a fictional 1980s psychiatric/learning disabilities institution Silver Meadows addresses the fears and isolation of lives beyond the mainstream, a world fearful of change, impending community care, back-ward misdemeanours and meaningless ‘training’ activities. In pursuit of normalization, patients are moving on, lives are changing but not always for the better…

The Wednesday Club is a love story set in the hospital disco that ends in separation and tragedy. Silver Meadows welcomes a returning patient unable to make it in the outside world. In Waiting Games, psychology student Beth Williams is on the precipice of a discovery – she’s working with Jason, a long stay patient with multiple disabilities, and he’s fallen for her – but no one realises the extent of his ‘locked in’ intelligence. In Room Management grown-ups are taught how to fit plastic shapes into boxes, an exercise in controlled occupation without purpose. New psychologist Andy Merritt, The Saviour Of Challenging Behaviour, arrives at the Institution and it’s all change; his passion inspires patients and staff, shakes up the old guard, takes on the establishment. Andy’s plaintive protest ballad gently chimes for freedom. Hospital Wing is beautiful in its understated sadness; a young man with a terminal genetic condition awaits his impending death in similar fashion to his older brother, with a dignity beyond his years. The closing track The Back Wards sets Institutional abuse to a neo-classic sound track of harrowing, atmospheric Floydian guitars…’You better behave or they’ll send you away, send you away to the back wards’.

In Silver Meadows Wilkes, who has so often been labelled as ‘quintessentially English’, has created his most lyrically accessible and musically engaging record to date, with poignant songwriting, heartbreaking melodies and comically incisive observations. Musically speaking it’s a more socially engaged Divine Comedy, reminiscent of the plaintive simplicity of EELS and the storytelling panache of Ray Davies.